A sensational YA science fiction debut from an exciting new British author. Jarra is stuck on Earth while the rest of humanity portals around the universe. But can she prove to the norms that she’s more than just an Earth Girl?

2788. Only the handicapped live on Earth. While everyone else portals between worlds, 18-year-old Jarra is among the one in a thousand people born with an immune system that cannot survive on other planets. Sent to Earth at birth to save her life, she has been abandoned by her parents. She can’t travel to other worlds, but she can watch their vids, and she knows all the jokes they make. She’s an ‘ape’, a ‘throwback’, but this is one ape girl who won’t give in.

Jarra invents a fake background for herself – as a normal child of Military parents – and joins a class of norms that is on Earth to excavate the ruins of the old cities. When an ancient skyscraper collapses, burying another research team, Jarra’s role in their rescue puts her in the spotlight. No hiding at back of class now. To make life more complicated, she finds herself falling in love with one of her classmates – a norm from another planet. Somehow, she has to keep the deception going.

A freak solar storm strikes the atmosphere, and the class is ordered to portal off-world for safety – no problem for a real child of military parents, but fatal for Jarra. The storm is so bad that the crews of the orbiting solar arrays have to escape to planet below: the first landing from space in 600 years. And one is on collision course with their shelter.

Going into this book I think I expected some sort of dystopian fantasy but I wasn't expecting to get the feel that I got. First off this book has really great writing depth. The characters were really well done and I was incredibly jealous of the writing. While at first it took me a little while to actually get into the book and it was a little hard to concentrate on what was going on and what I was reading. You know it's like the words are heavy and you actually have to concentrate on them? Like that. So the writing was very mature and real and heavy in that feeling. But then it was just gorgeous. The author has created a whole new world in the future (600 years or so maybe? It's a good bit ahead) and it's just...wow. Earth has spread out to other planets and galaxies with invention of portals. There are different types of people living in different sectors/on different planets. Different in how conservative or liberal they are and in their lifestyle. However there are these Handicapped babies who lack something in their metabolism that makes them really ill if they go through portals to other planets. They could die if they don't go back to earth within seconds. They're bound to earth and most of the normal people out there living on other planets think of them as apes. Like there is something wrong with them (sort of like cavemen type view). Our story is told by Jarra who is an ape girl who decides to go to university and pretend to be normal, then when they find out she's an ape she'll make a grand exit after yelling at them. However her plan doesn't work out so well as she creates an false identity she half believes in and learns to trust bond with the others from offworld. And she begins to wonder if her plans are still the same even though she knows they aren't. Now the other thing is the Jarra is really into history so she is at this university base thing where they are excavating New York City. They have these hoversleds and hoverbelts and they are looking for Stasis boxes that people would fill before leaving and any other lost history. When the portals were invented things started moving very quickly, too quickly in fact. The internet crashed and over half of the earth's history was lost. Jarra loves history and she really flourishes at the dig. It's really cool as well. The author did a great job writing the setting, the back story, the plot, the reveals, the romance (which was sweet) and the world outside. The one we don't get to visit but hear so much about that is just so intricately written. The world building was amazing. It was science fiction while still on earth, really. And just wow. The only negative would be that there was a bit of suggestive romantic content although there really wasn't anything "really bad" and that the writing can be a bit tough to get through until you get going and really interested. The book was really quite clean though, there wasn't any cussing, some made up ones such as "chaos" and "nuke" and some injuries but otherwise not really any violence other than an argument or two. I really enjoyed this book which had amazing writing, world building, interesting plot, charming ending, and was just delightful.
Posted by Unknown at 7:58 AM

If you have book news or anything!
I'd love to hear about it =) 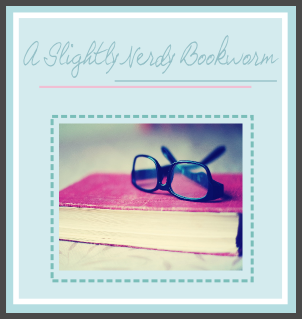 It's simple...
5 stars-I loved it and it's a favorite, for sure.
4 stars- I really enjoyed it and really liked it.
3 stars-I enjoyed and liked it.
2 stars- It was alright.
1 star- It wasn't really my type of book.